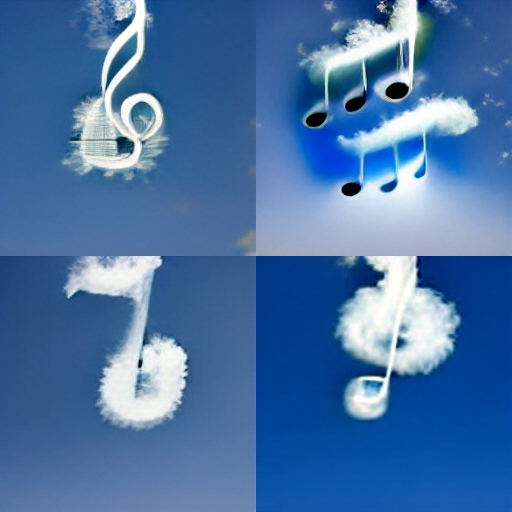 Jazz fusion of the 1970s was a style of music that combined elements of jazz and rock.

This new style of music was pioneered by bands like Miles Davis and Weather Report. Jazz fusion was a popular style of music in the 1970s and 1980s, and is still performed today. Here’s a look at some of the most influential keyboardists of the Jazz Fusion movement of the 1970s.

Chick Corea is a pianist unlike any other. His unique style and approach to music has made him one of the most respected and beloved musicians of our time.

Corea began playing piano at a young age, and was quickly recognized for his prodigious talent. He went on to study at the prestigious Juilliard School, where he honed his skills and developed his distinctive style.

After graduating from Juilliard, Corea embarked on a successful career as a jazz musician. He has released more than 80 albums, and has won 23 Grammy Awards. He is also a renowned composer, and has written music for film, television, and ballet.

But Corea is more than just a talented musician. He is also a gifted educator, and has founded several music schools. He is also a passionate advocate for social justice, and has used his platform to speak out against racism, sexism, and other forms of discrimination.

Corea is a true pioneer, and his contributions to music and society are immeasurable. He is an inspiration to us all, and his legacy will continue to enrich our lives for generations to come.

Herbie Hancock is one of the most innovative and respected musicians of our time. A true icon in the world of jazz, Herbie has helped to shape the sound of modern music and continues to push boundaries with his creative approach to composition and performance.

Herbie’s career has spanned over five decades, during which time he has released groundbreaking albums that have both redefined and expanded the possibilities of jazz. From his early work with Miles Davis to his more recent forays into electronic and hip-hop inspired sounds, Herbie has always been at the forefront of musical innovation.

What makes Herbie so special is not only his incredible talent as a musician, but also his willingness to experiment and push the boundaries of what jazz can be. He is a true pioneer, and his influence can be heard in the work of many of today’s most popular artists.

If you’re a fan of Herbie Hancock, or just curious to learn more about this musical legend, be sure to check out his website. There you’ll find a wealth of information about Herbie’s life and work, as well as a comprehensive discography.

Joe Zawinul was a jazz keyboardist and composer who was best known for his work with the band Weather Report. He was born in Vienna, Austria in 1932 and died in 2007.

Zawinul is considered to be one of the most influential jazz musicians of the 20th century. He was a pioneer in the use of electronic instruments and was one of the first jazz musicians to incorporate elements of rock and funk into his music.

Zawinul’s most famous composition is “Birdland”, which was originally recorded by Weather Report in 1977. The song became a jazz standard and has been covered by many artists, including Quincy Jones and the Dave Brubeck Quartet.

Zawinul was also a successful solo artist, releasing several albums under his own name. His last album, “Dialects”, was released in 2006.

Joe Zawinul was a true pioneer of jazz music. His unique style and vision helped to shape the sound of jazz for generations to come.

Keith Jarrett is an amazing and individualistic pianist. His unique approach to the piano and his incredible improvisational skills have earned him international acclaim. But what sets Keith Jarrett apart from other pianists?

For one, Keith Jarrett is a master of jazz improvisation. He has an uncanny ability to come up with new melodies on the spot, and his solos are always fresh and inventive. Additionally, Jarrett is a highly skilled classical pianist. He has performed and recorded some of the most challenging works in the repertoire, including Bach’s “Goldberg Variations” and Beethoven’s “Diabelli Variations.”

Jarrett is also known for his “extended technique,” which is when a pianist uses the entire instrument to create sound, not just the keys. This can involve anything from rubbing the strings inside the piano to using the lid as a drum. Jarrett’s use of extended technique is particularly effective in his solo improvisations, as it creates a more textured and atmospheric sound.

Finally, Jarrett is simply a phenomenal musician. He has an innate understanding of music and an incredible ear for detail. His recordings are always of the highest quality, and he has a true passion for music-making.

Keith Jarrett is a one-of-a-kind pianist who has earned his place as one of the greatest musicians of our time. If you haven’t heard him play, you’re in for a treat!

Few pianists in jazz history have had as profound an impact as McCoy Tyner. A true pioneer of the genre, Tyner helped shape the sound of jazz in the 1960s and 1970s as a member of the legendary John Coltrane Quartet. After striking out on his own, Tyner continued to push the boundaries of jazz, forging his own unique sound and vision that has inspired generations of musicians.

Born Alfred McCoy Tyner in 1938 in Philadelphia, Pennsylvania, Tyner began playing piano at the age of six. He was influenced early on by such greats as Art Tatum, Thelonious Monk, and Bud Powell, and by the time he was a teenager, he was already performing professionally. In 1960, he met saxophonist John Coltrane, with whom he would go on to make some of the most groundbreaking music in jazz history.

Tyner’s time with Coltrane’s Quartet was arguably the most creative and productive period of his career. Together, they pushed the boundaries of jazz, fusing elements of modal jazz, free jazz, and blues. Tyner’s playing was a major force in defining the sound of the Coltrane Quartet, and his use of extended harmonies, wide-ranging dynamics, and percussive techniques redefined the role of the piano in jazz.

After Coltrane’s death in 1967, Tyner embarked on a successful solo career, releasing a string of highly acclaimed albums that further explored his unique approach to jazz. He continued to experiment with different sounds and styles, and remained an active and influential force in the jazz world until his death in 2020.

McCoy Tyner was one of the most important and influential jazz pianists of all time, and his contributions to the genre are immeasurable. His bold, innovative style has left a lasting legacy, and his influence can be heard in the playing of countless musicians today.